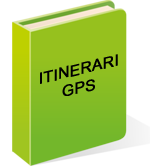 Finale Ligure includes four villages each with its own identity: the three villages on the sea, the bustling Finalmarina, the most peaceful Finalpia and the pretty neighborhood of Varigotti and inland Finalborgo the ancient capital of the Marquisate Del Carretto from long-lived and glorious past .

On the coast, the confines are given by the cliffs of Capo Noli and Caprazoppa; inland, from the plateau of Manie and Val Ponci. This dual land, stretched out over sea as inland, offering a glimpse of color palette rediscovered.

Are clear testimonies of people who have impressed their tracks in this area. Caves and gorges back to the prehistoric times, the bridges of the Via Julia Augusta by ancient Rome. Excursions and itineraries are among the finds from the Byzantine and Medieval periods.

You too can make a mark, bringing your experiences. What you get in return? A sea of opportunities in one holiday: the dynamism that comes from sports: from climbing, scuba diving, and the countless picturesque country trails, mountain biking or hiking, paragliding, sailing, windsurfing, etc..

And still relax basking in the sun on wide sandy beaches that stretch for about four kilometers bordered by avenues and flower beds, giving himself over to the silence of nature and sweet aromas.

Currently Finalborgo is home to numerous craft shops and has become the starting point for many hiking and mountain biking in the hinterland of Finale, as well as a meeting place for all fans of free-climbers in the territory of Finale find their ideal destination .

Finalborgo had the greatest development during the Middle Ages, when it was the capital of the Marquis of Finale, governed by the Del Carretto and under Spain (XVII century). The village is part of the elite group of the most beautiful villages in Italy.

The settlement developed in the hinterland, in order to be able to quickly take the road to the mountains, to the frequent Saracen landings on the coast, defended by the confluence of the stream with the stream Aquila Pora, whose floodplains constitute a unique natural moat, in later reinforced by the city walls, which protects the village on the east-south-west, while the northern side of the country is naturally protected from the spur of the hill of Becchignolo, a tower of the Roman era, later incorporated into the fortress of Castel San John. Over the centuries it was fortified with the construction of Castel locker that with his "tower of diamonds" has become the very symbol of Finalborgo.

To complete the tourist offer of Finalborgo, the very interesting Archaeological Museum of Finale. Opened in 1931 in the restored convent of Santa Caterina, Finalborgo, preserves important prehistoric archaeological finds documenting more than 350,000 years of human presence in the territory of the Finale.

Every year in Finalborgo is organized hilarious "historical re-enactment." The whole village is closed and illuminated by the fire of the torches, the whole population is dressed with the clothes of the time and gives rise to an exciting show with the Marquis of Carretto that lives through the ancient streets of the village.

Three kilometers from Finalmarina meets Varigotti, all coasting along the beach, the pride of the Riviera di Ponente.

It has picturesque details in its architecture and maintains a network of streets and squares overlooked by the old "Mediterranean houses" also called "Saracen houses" type of housing is almost unique in the Riviera, colorful, terraced on one floor directly resting on the beach costellanti or rural settlements in the middle coast.

The promontory of Varigotti, is a lovely panoramic point overlooking the sea, a green and craggy promontory named Punta Crena.

Behind the promontory lies the beautiful Baia dei Saraceni, an ancient natural shelter often exploited by enemy ships Saracens. The sea in this bay is among the most beautiful in all of Liguria with clear waters and waters rich in life.

Upstream instead starts a easy path through fragrant pine trees arrive at the medieval church of San Lorenzo, also above the sea. From there you can see part of the piers of stone, covered up by the Genoese in 1350, tired of acts of piracy to their commercial vessels.

Yes, because Varigotti is a Mediterranean village, inextricably linked to the sea, the real protagonist. A natural oasis where nature has been very generous: a crystal clear depths of the realm of bass, the sea grass, fish moon, waters to swim in softly or lungs, in which to practice the sport of sailing, windsurfing, surfing and diving, waters that retain their charm even out of season.

MTB Hotel is being transformed into a residence. We are renovating all the rooms. Opening soon in June with the name of "Residence Finale Bike and Beach" Single and two-room apartments with private parking inside the structure